On the day that I left my ex-husband’s home, I was distraught. I had lost my marriage which had barely even taken off. I had no money, no job, no means of income, no parents to support me, emotionally and otherwise. I had a toddler to take care of but all I really wanted was to curl up and die! Literally. As a matter of fact, may times I prayed to die.

I returned to live in my late father’s house, the house where I had grown up. I was all alone with my child. I had no idea what to do next. No idea what to do for a living and how to care for my child. God had promised me a great future but I couldn’t see it and had no clue whatsoever how to move from where I was to the future He was showing me, or trying to show me. So, as far as I was concerned, it was a pipe dream.

My ex-husband had promised to send upkeep for the child regularly but I knew I couldn’t bring myself to ask. Once, I did ask. I sent a text requesting money to get a few things for the child as she was very quickly outgrowing clothes and needed a little more than diapers and food. He responded thus; “Thief! If you like, don’t look for something to do with your life. Keep looking for ways to use the child to extort money from me.” I never again asked for his help. He never again sent money. Two and a half years later, I was working and earning seven times what he earned.

You can do it! You don’t need a man to be the woman God has created you to be. You don’t need a man to succeed. If you are blessed to have a good man by your side, that is a good thing, be grateful. But if not, don’t despair, you can still make it. Stop chasing a man about for your daily bread, you are too loaded to sit at home doing nothing but waiting for a man to work and bring you food. Even at home, there are things you can do to earn a living. Your value is not in what you receive but what you give. What are you giving? What is your contribution? And I don’t mean to your family alone, but to humanity.

The woman was created primarily to help the man, and she has been loaded with the potentials to help the man succeed at what he does, while also doing her own thing and succeeding at it. Don’t reduce yourself to the one who needs help. And more importantly, don’t let anyone or any circumstance keep you down. You are created to be a blessing and not a burden! Go and live your dream! 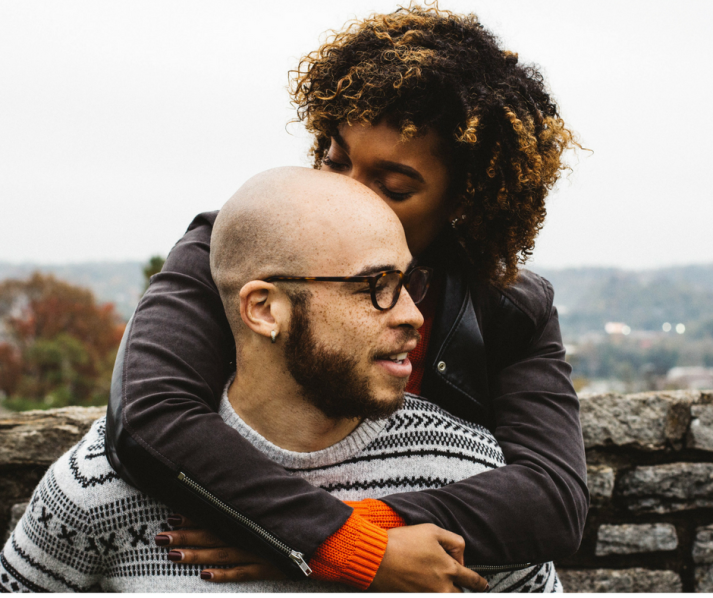 This happened a few years ago, while I was still attending Bible school. One day, I was sitting in class waiting for my lecture to begin, the lecturer was running late which was very unlike him, and I did wonder what the issue might be. Eventually, when he showed up, he explained to us that he had been caught up in an emergency and proceeded to tell us what had transpired.

A young man, who was well known to everyone in the class because of the privileged position he occupied as a Personal Assistant to the General Overseer of the church the Bible school was affiliated to had just been arrested. We all gasped in horror! What had he done? We wondered, but before we could ask, the story continued. He had been stealing money by falsifying records and what was done in the dark for over a year had finally come to light. This was very shocking indeed as the young man did not seem capable of anything that had been said, but we also knew our lecturer was not the kind of man who would say such a thing about anyone unless it was true. As we tried to recover from the initial shock, another followed closely behind.

The young man had not been acting alone. The General Overseer had a beautiful young niece who lived with him. She was like a daughter to him as he had no daughters, only sons. He took very good care of her and lavished money on her. At the time, she was an undergraduate in a private university. Well, it seemed that somewhere along the line, the PA of the General Overseer had begun to date his beautiful young niece and introduced her to his sharp practices. They soon became a team or a crime duo like Bonnie and Clyde (I will talk about that another day). They stole together and falsified documents and figures to cover their tracks until they were caught, beginning with the young man. When he mentioned the role played by the General Overseer’s niece, no one believed him, but when they searched her room, large sums of money were recovered from under her mattress and inside her wardrobe. Needless to say, that she was also arrested. I never knew what became of her, but your guess is as good as mine.

As a mother, it breaks my heart every time I hear that a child has died due to malnutrition and I can literally feel the pain of the woman who bore that child. And I know he or she was precious to her even as my little girl is precious to me. I have had the opportunity to help women struggling with poverty pay their children’s school fees, put food on the table and clothes on the backs of their children and I believe it is a good thing to provide these basic necessities to help people suffering deprivation as a result of poverty but I believe it is a better thing for women to be empowered to come out of poverty by granting them access to skill acquisition and business loans to enable them earn a living and provide for their children. So, although it is a good thing to give a man fish to eat, you don’t bring him out of poverty until you teach him how to fish.

Please join me in giving opportunities to women working their way out of poverty. Together, we can make a difference.

Oloi: A Queen Shrouded in Mystery